3 days of festival happiness. The most wonderful time of the year in Gabrovo, when the city turns into carnival. FREE ENTRANCE. Take a look at the the best moments from the 2nd edition of the International Festival For Urban Arts and Happiness 6Fest in the video.

The famous circus group from Hungary "Firebirds" arrived in Gabrovo especially for 6Fest 2018. On May 19, 2018, three circus artists traveled through time and space on their steam bicycle - "Firebirds" played their performance "Steam on" in front of Orlovets Sports Hall. “Firebirds” performed also a stilt parade, accompanied by live music, in the Park with the Bear. The Firebirds circus group from Hungary was formed in 2000. They have participated in big international festivals such as Sziget festival in Budapest and Burning Man festival in USA. The Firebirds perform fire shows, street performances, cabaret, contemporary circus and children theater. Photographer: Ilian Velchev 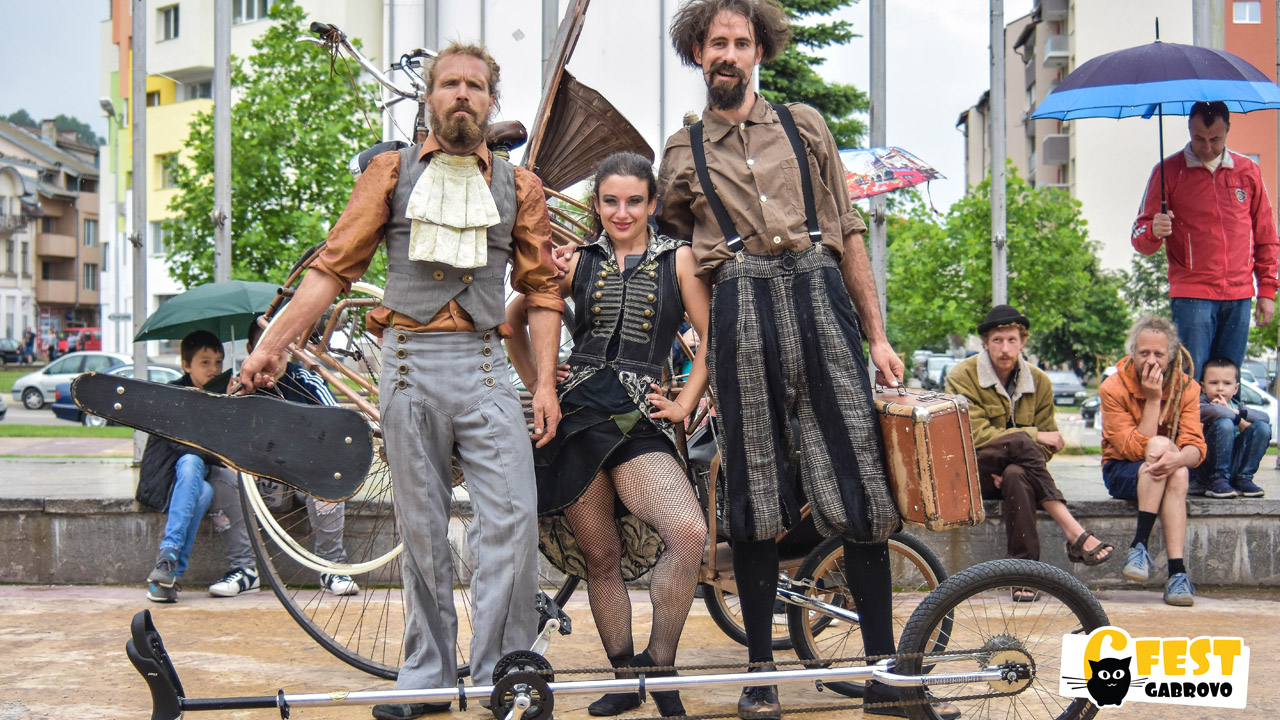 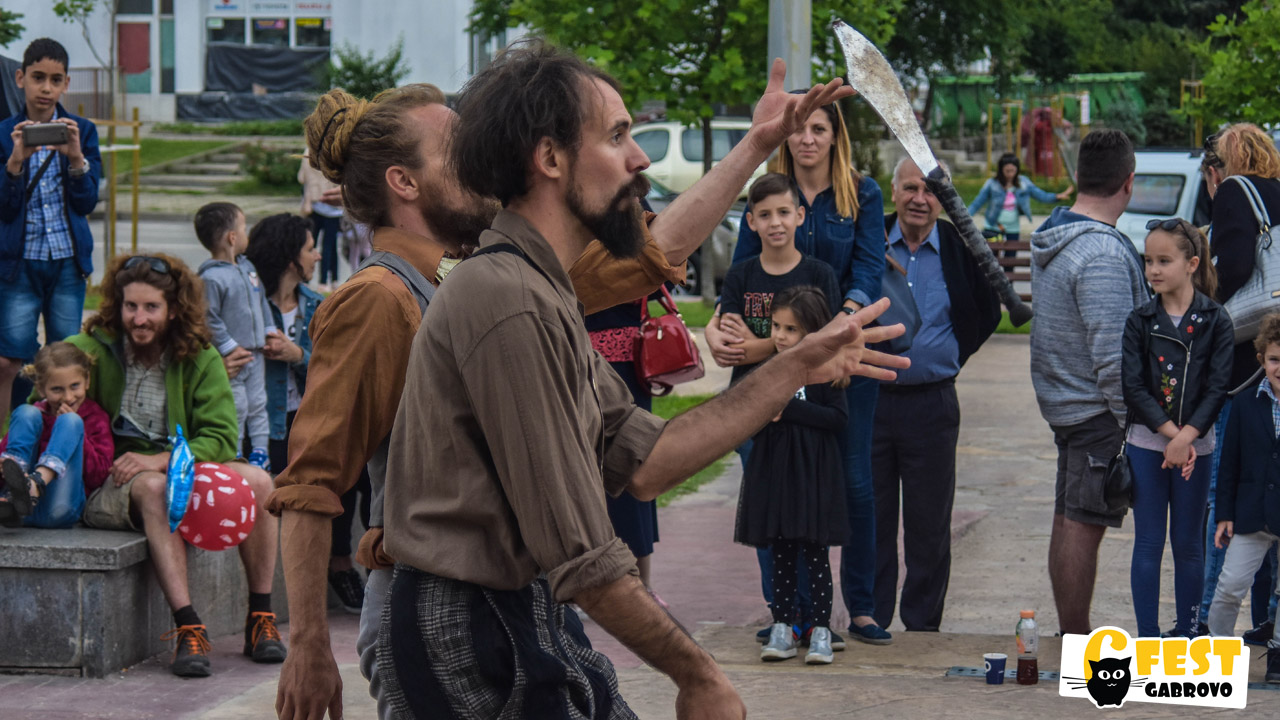 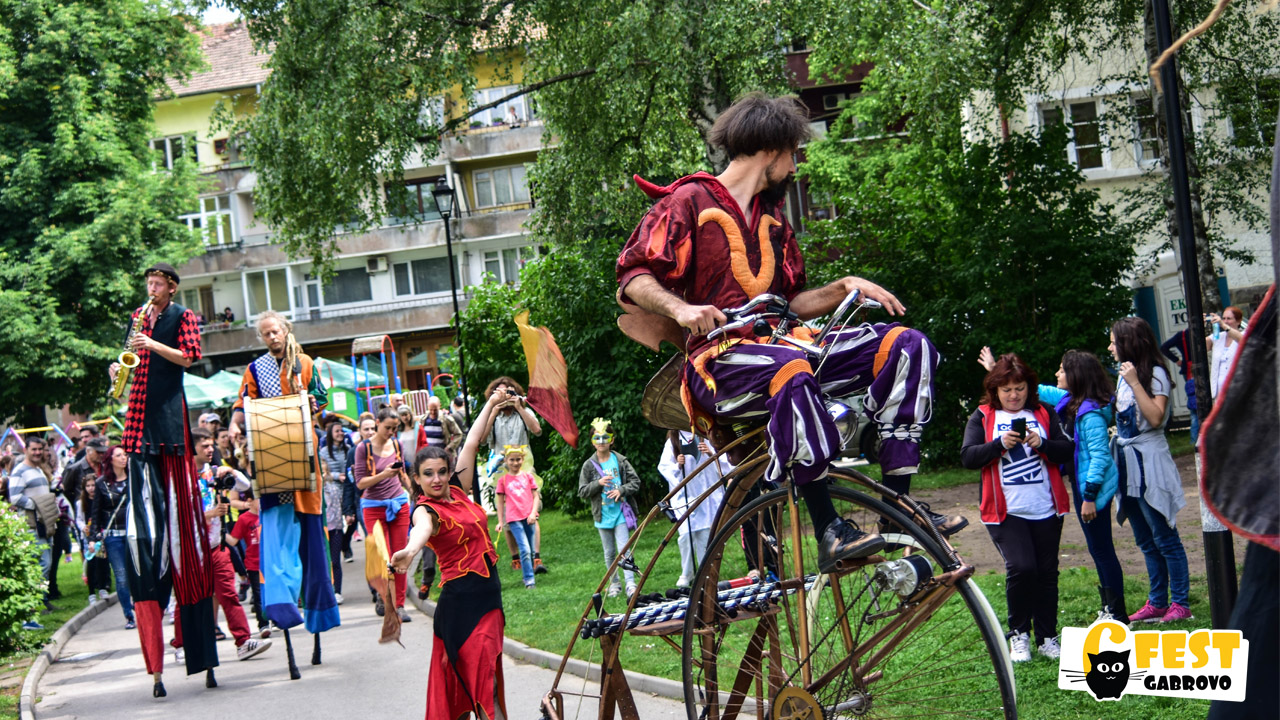 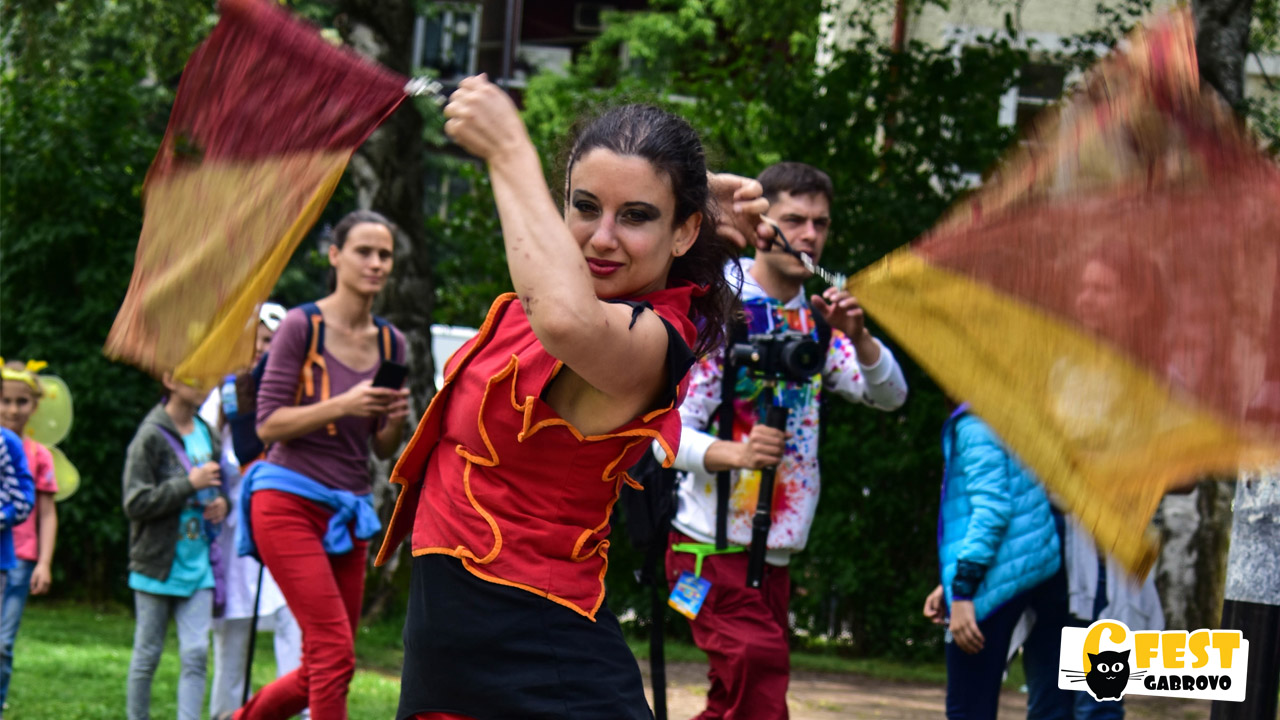 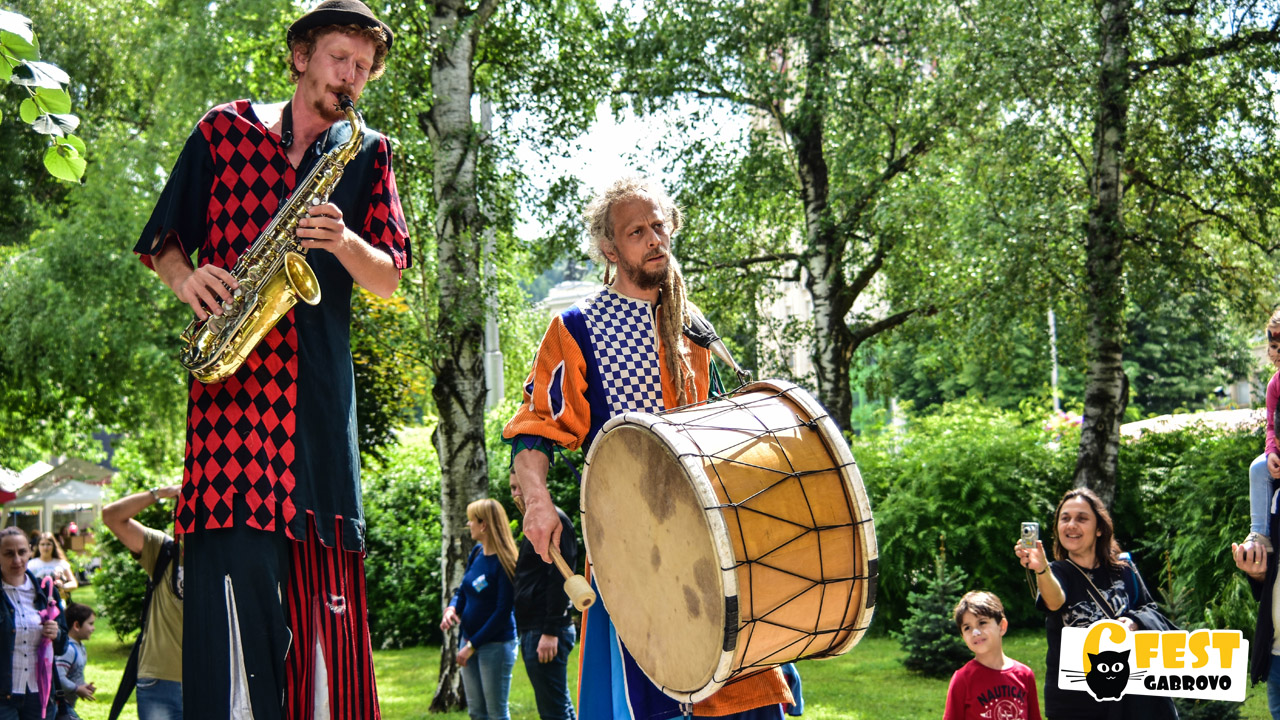 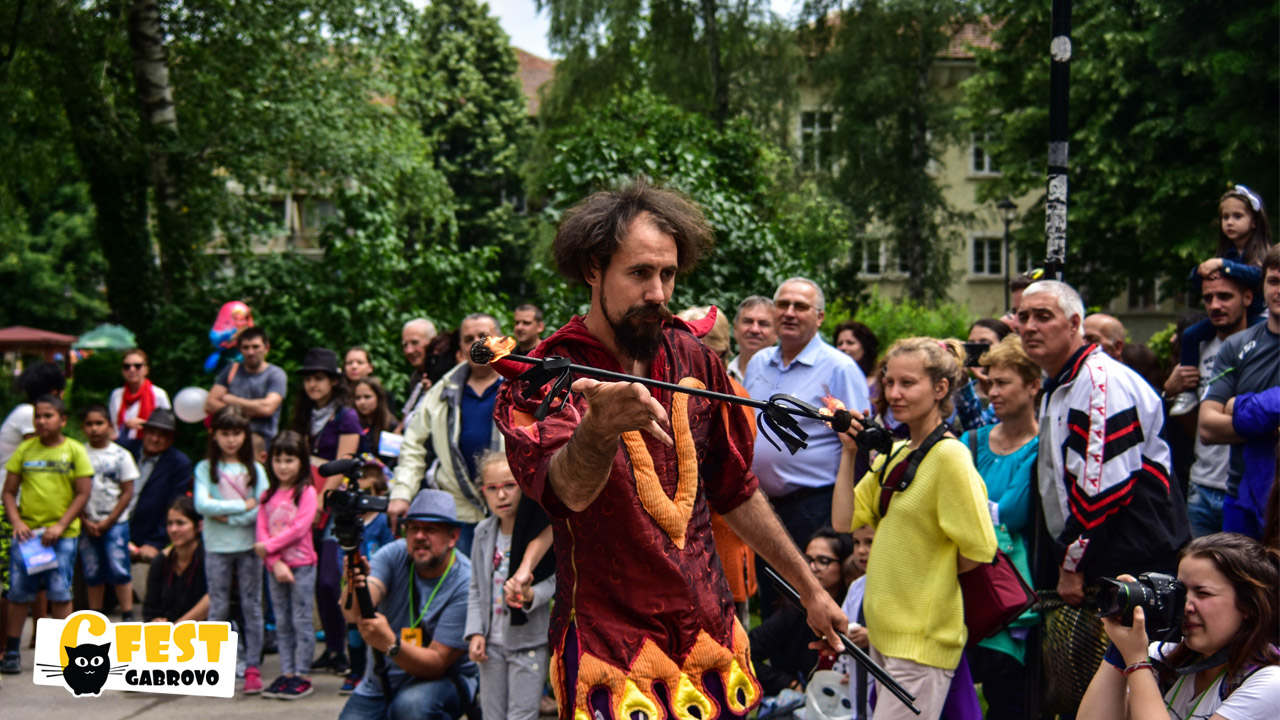 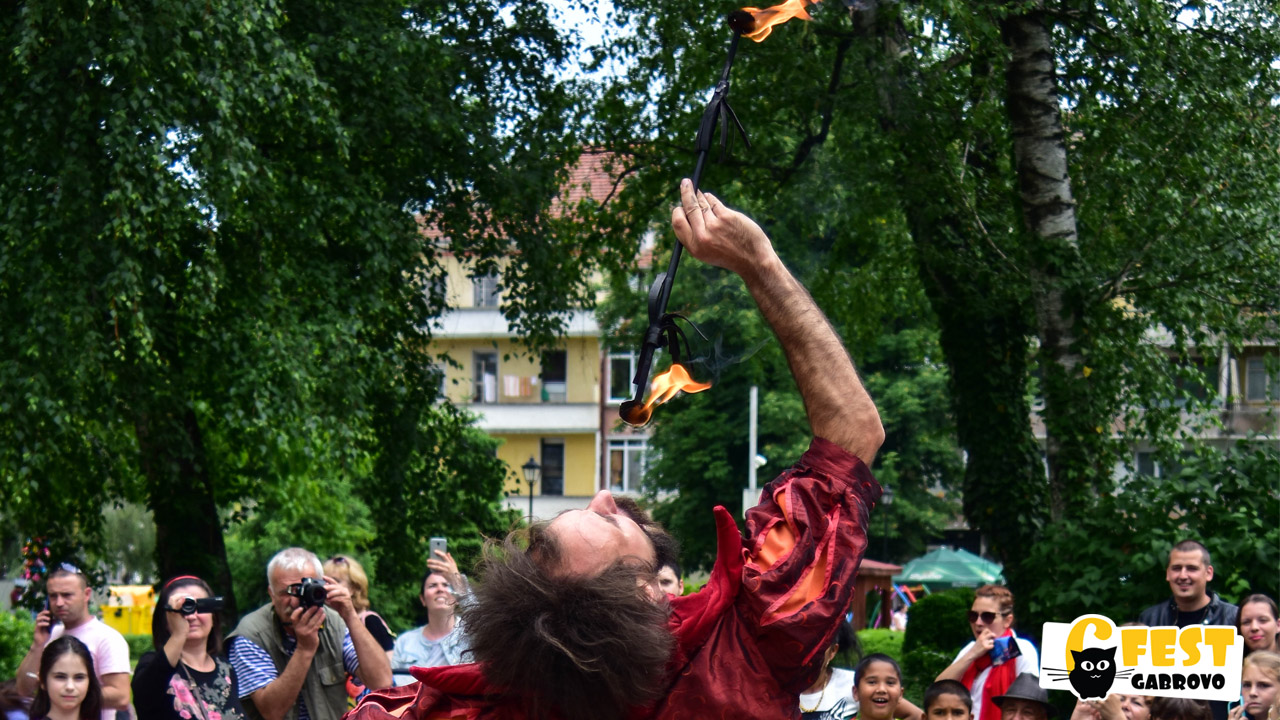 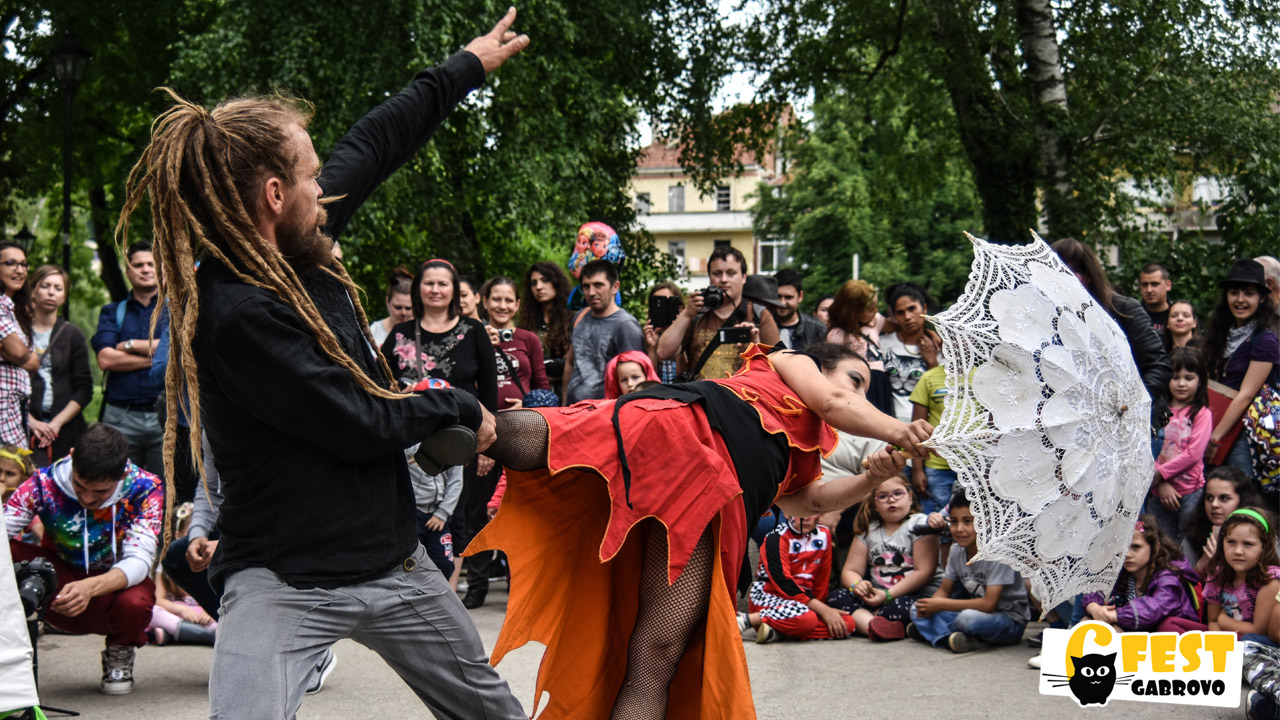 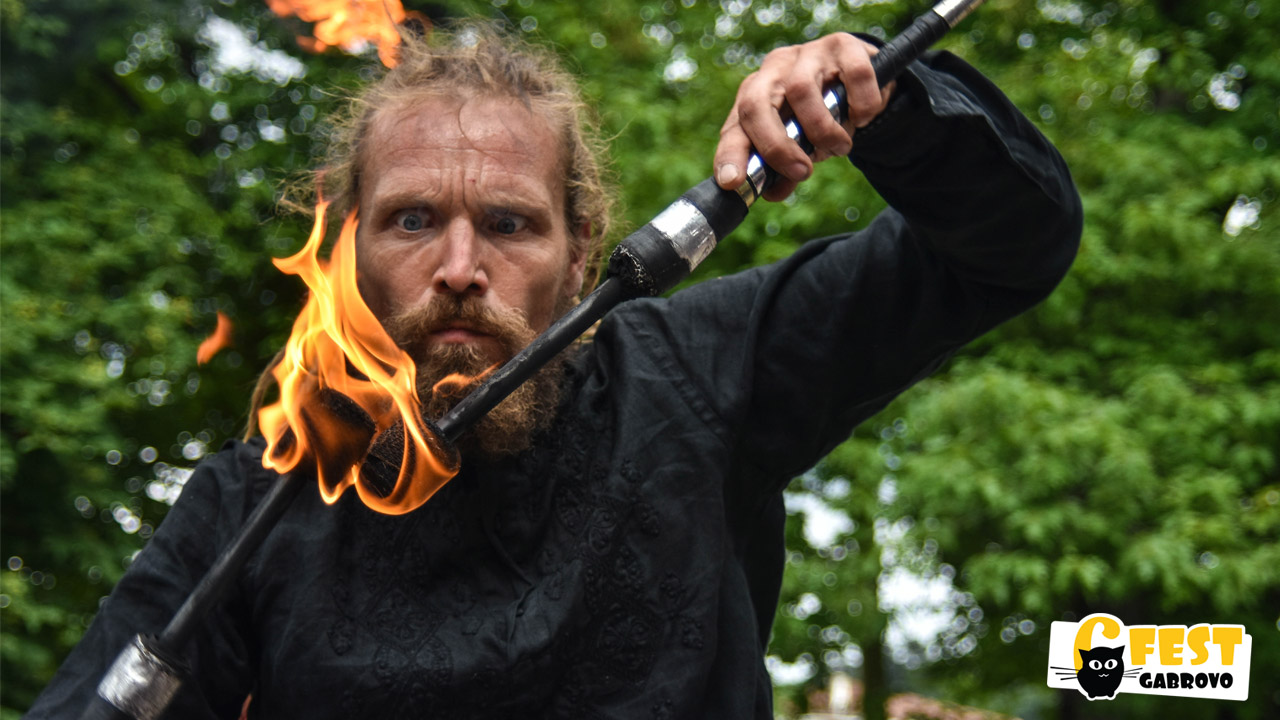 Theatre of fire and shadows Fireter

Magnetic and fairy - that’s how the audience called the largest event of 6Fest Gabrovo 2018, the light carnival parade performed by Theatre of fire and shadows “Fireter” on May 20, 2018. Children and adults walked in a common procession along with the ten artists, who were dressed in luminous costumes, walking on stilts, with a large luminous construction. The parade ended with a fire show and fireworks on Vazrazhdane square in Gabrovo. Theatre of fire and shadows “Fireter” perform different kinds of fire show, stilts show, fire performance, stilts performance, jumping stilts, fire juggling, fire installations, live statues, etc. They have participated in international festivals in England, Germany, Romania, Russia, Greece, Lithuania, Turkey. Photographer: Georgi Sivilov 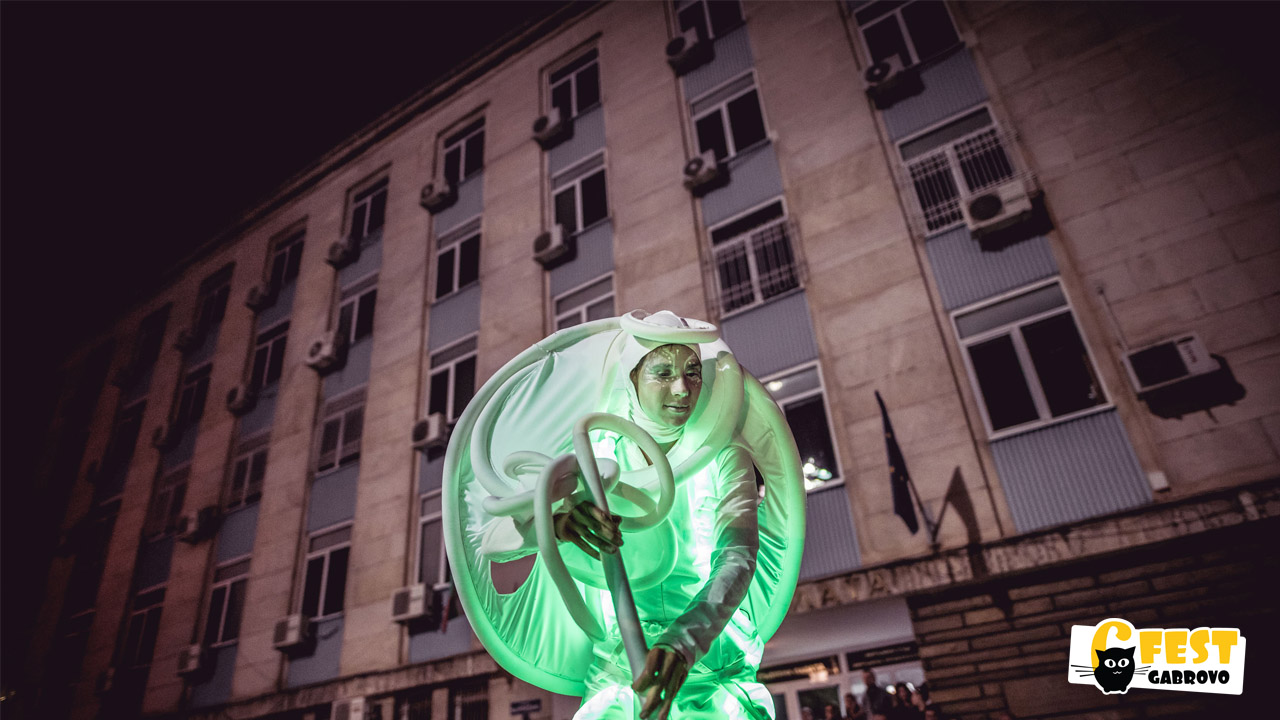 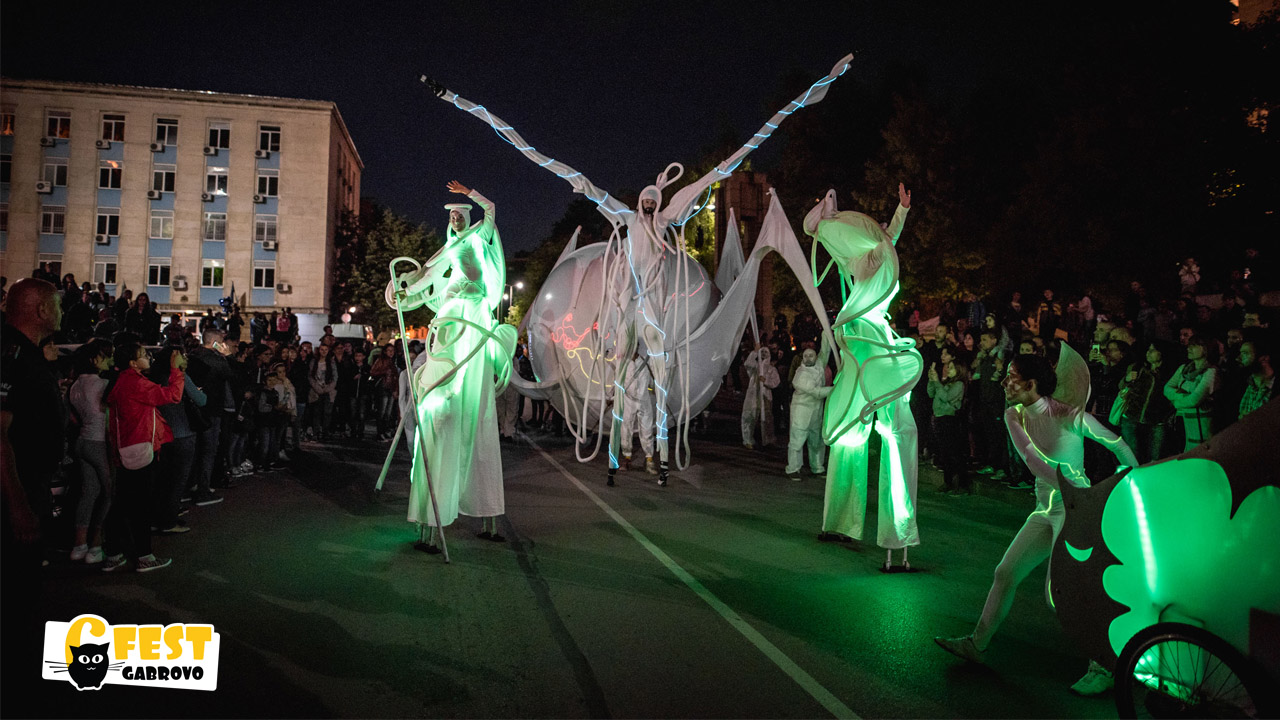 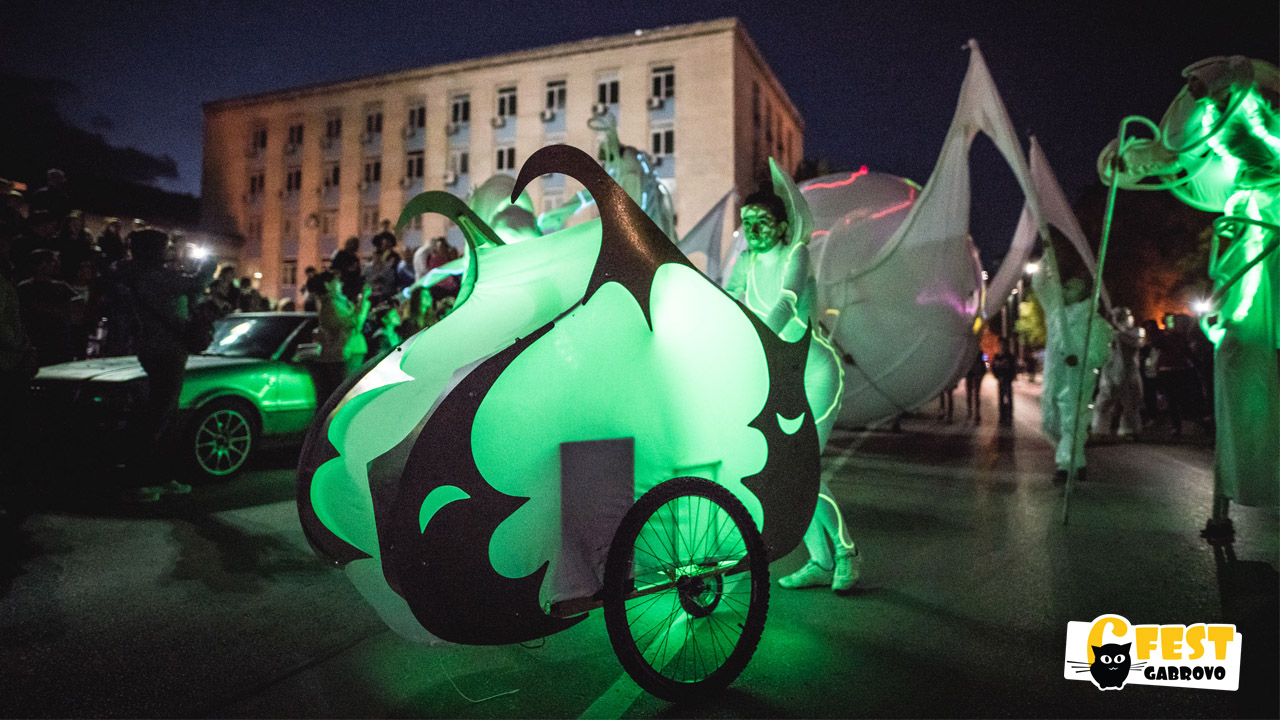 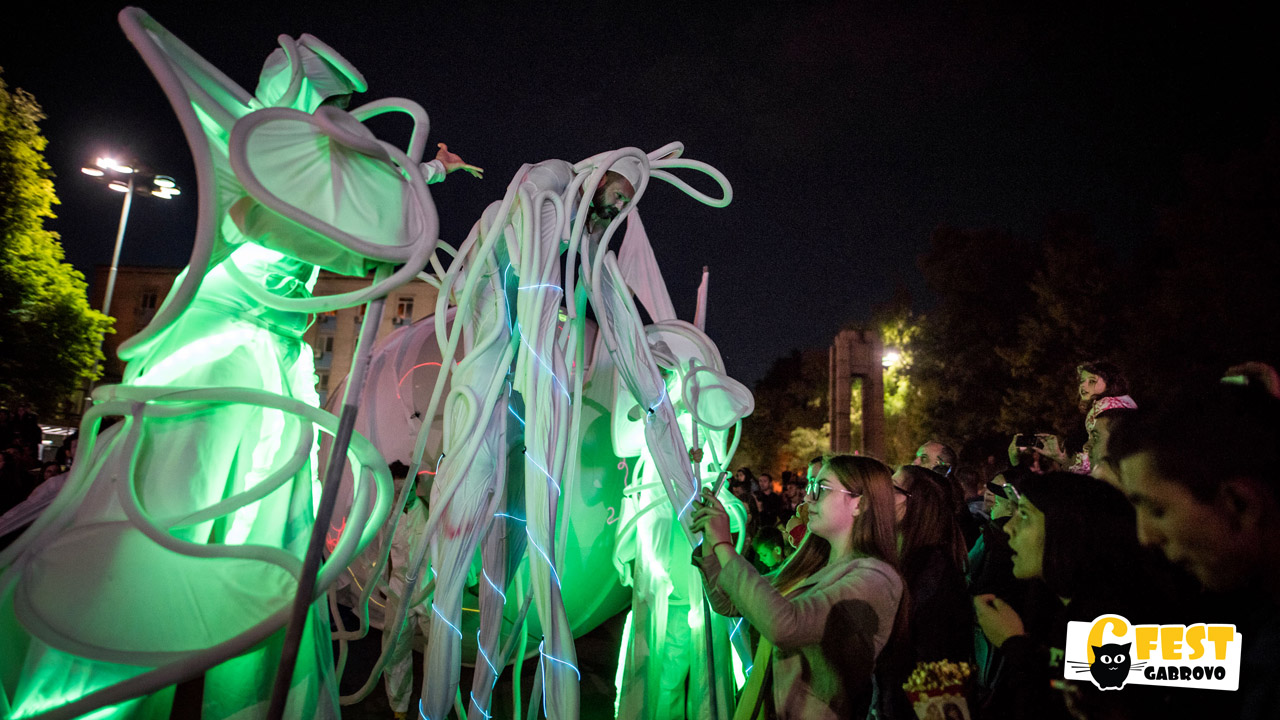 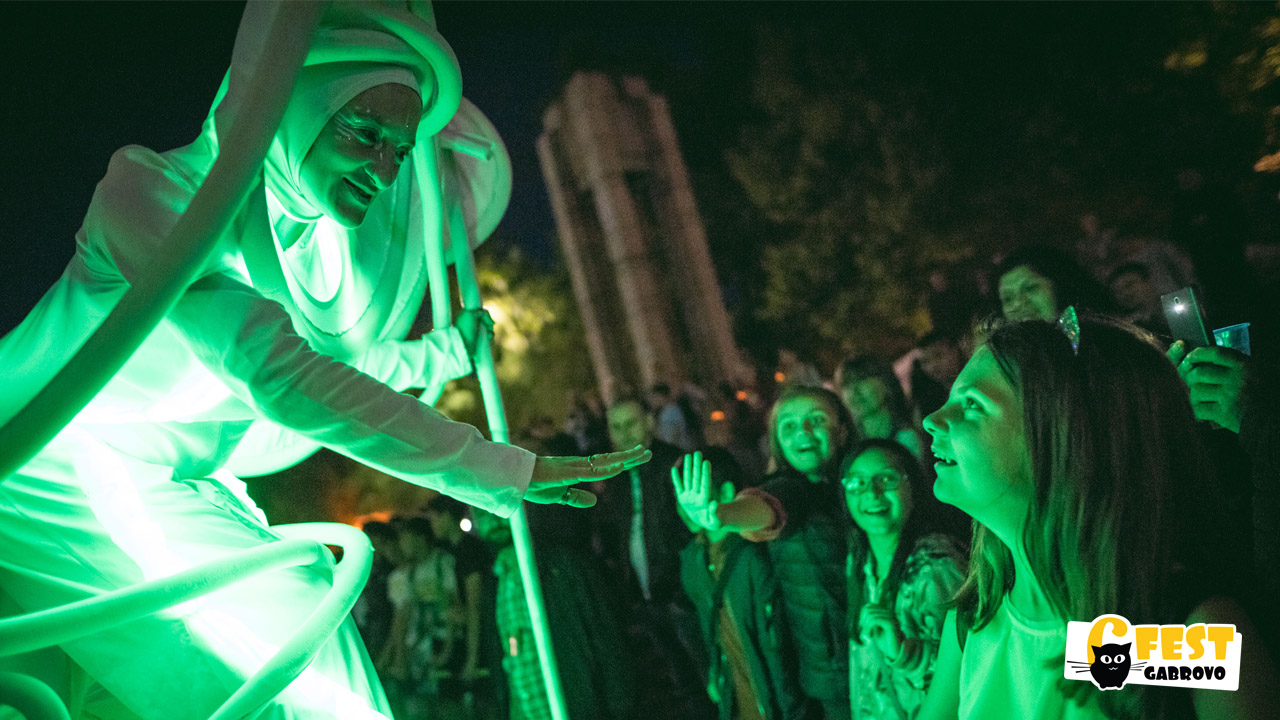 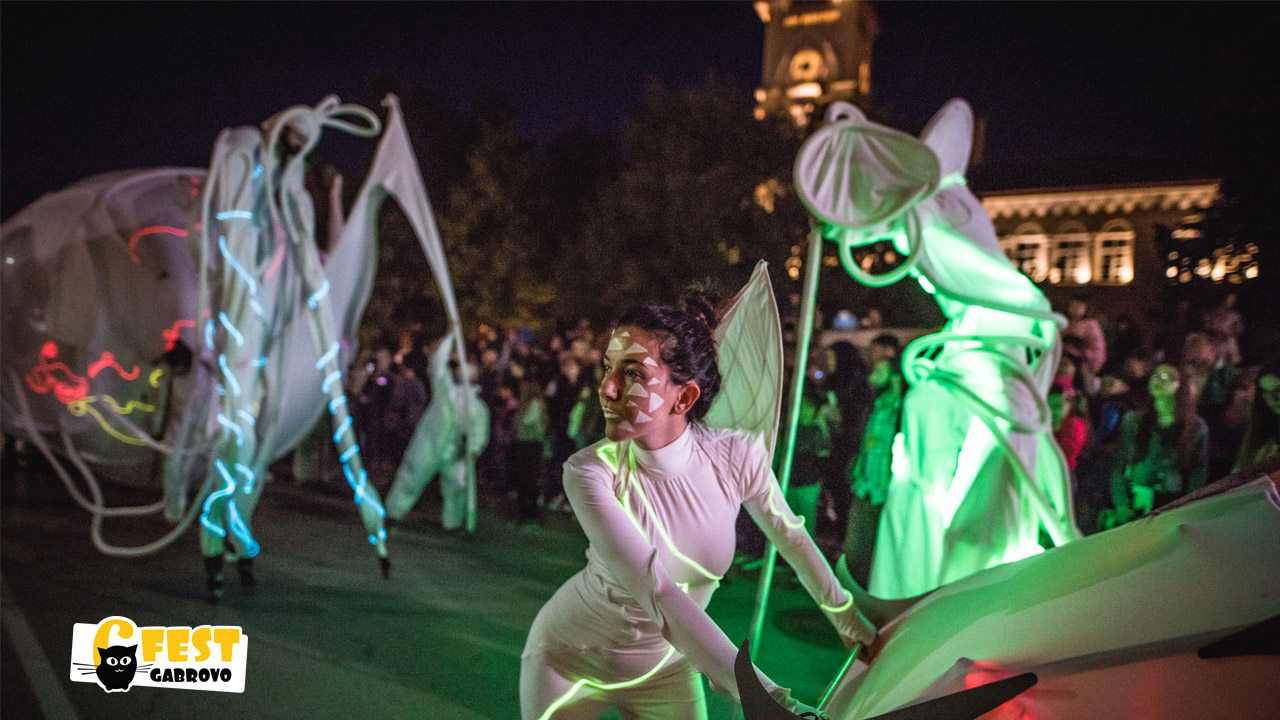 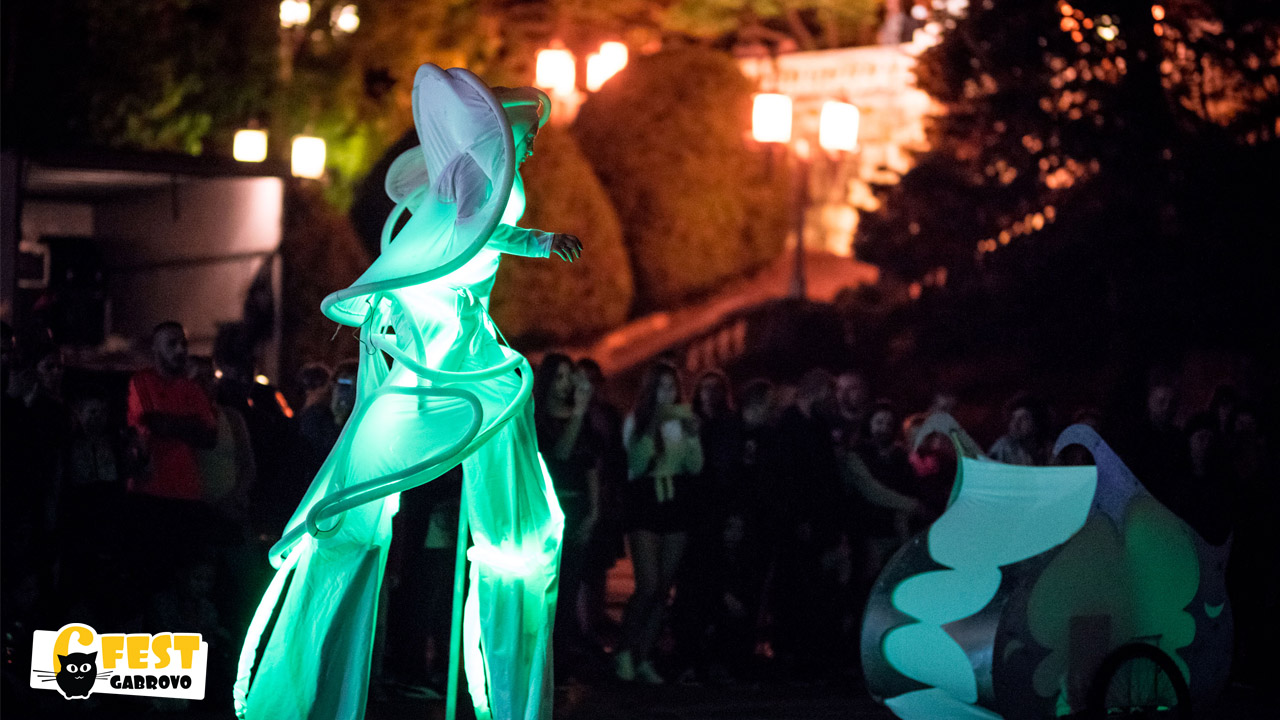 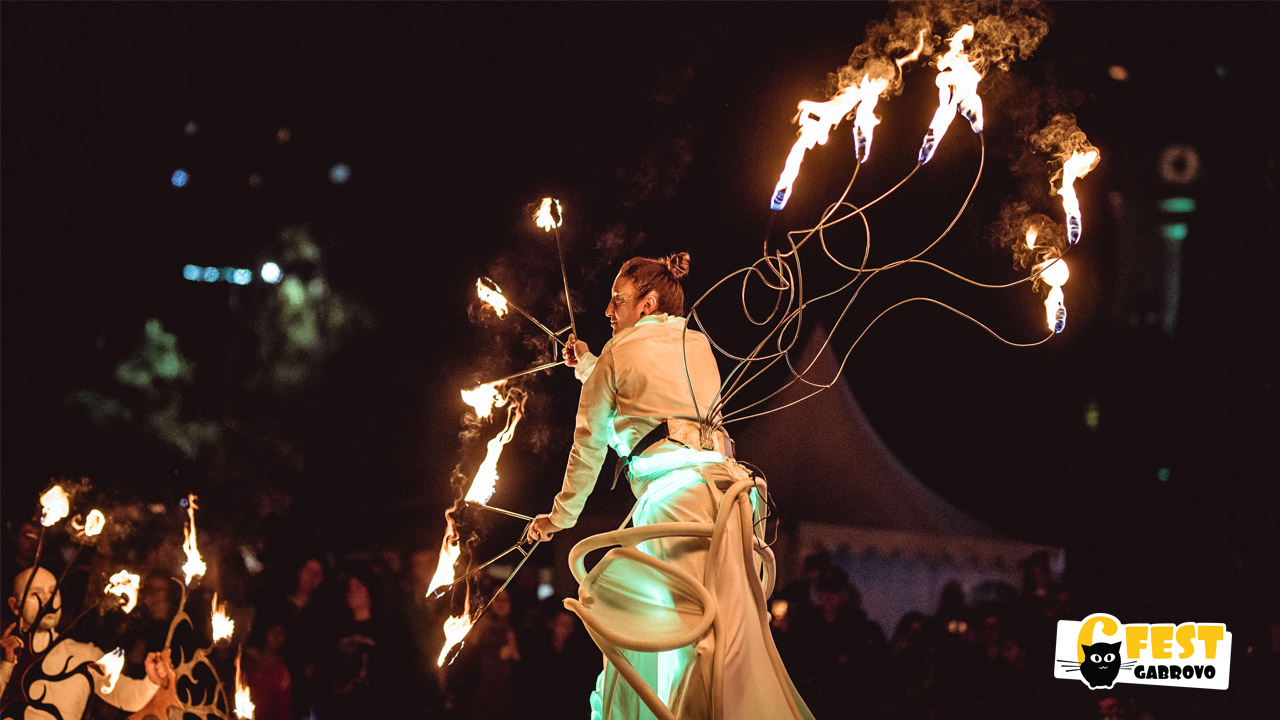 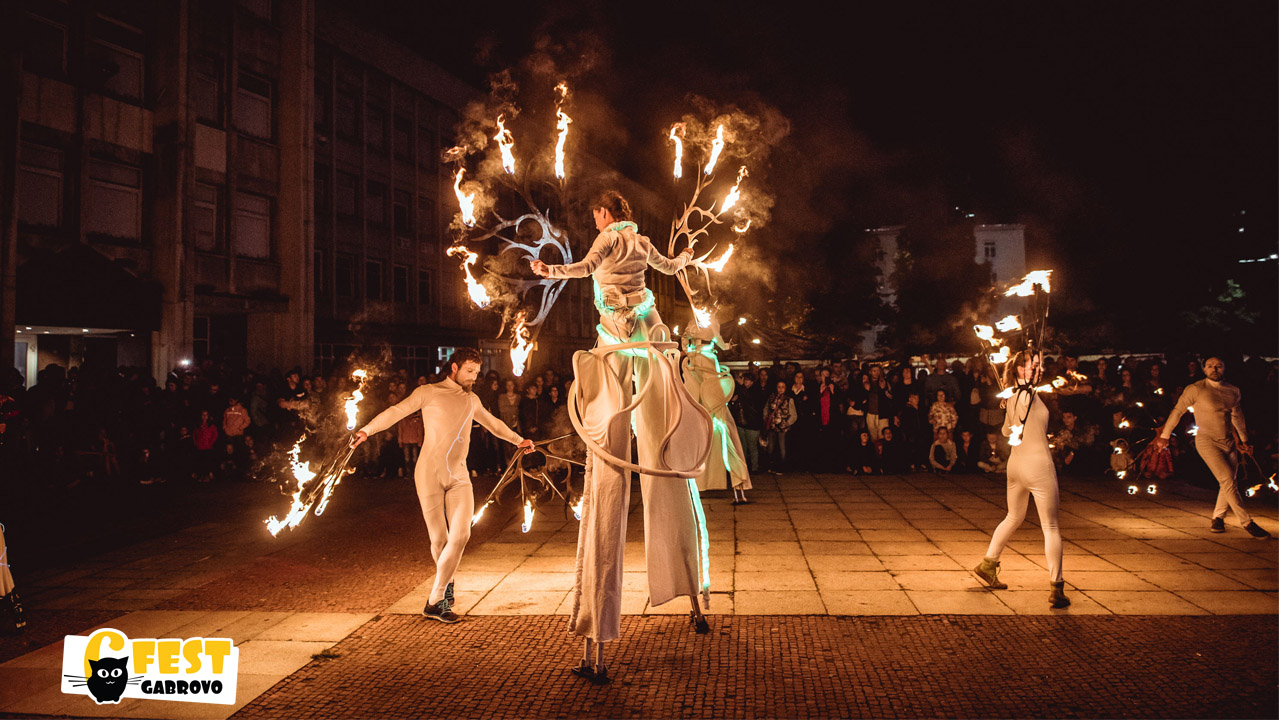 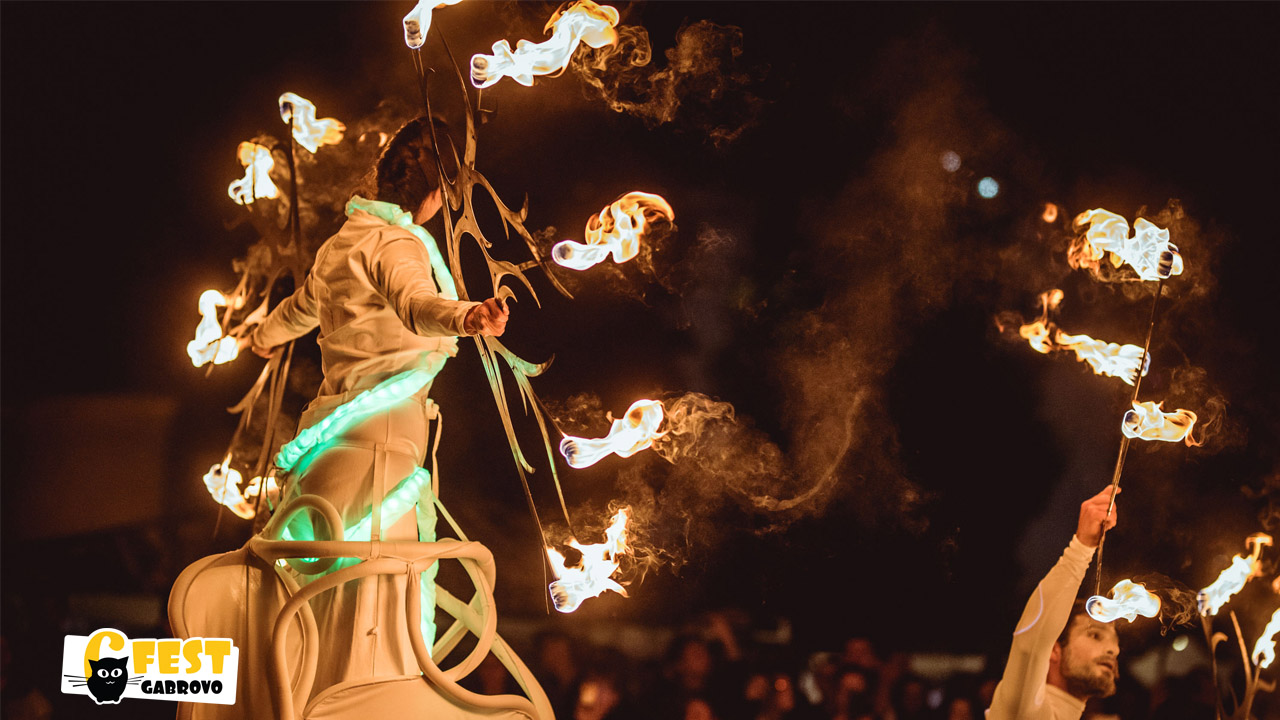 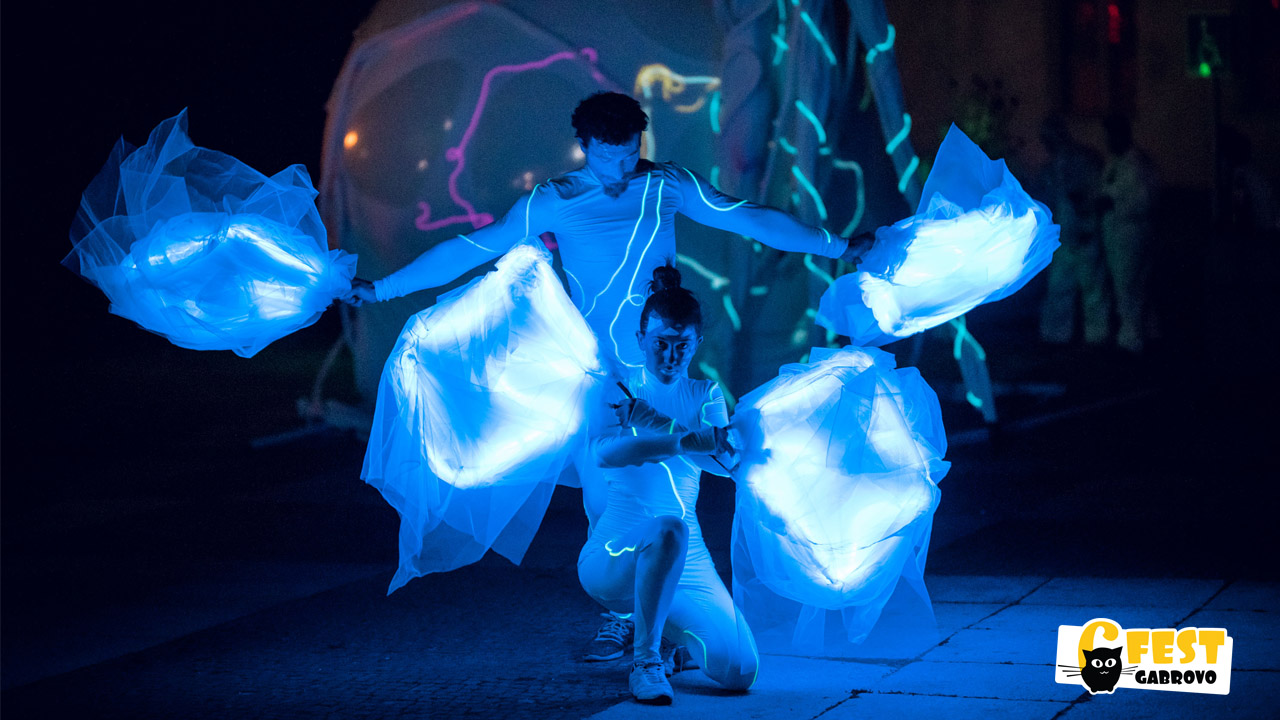 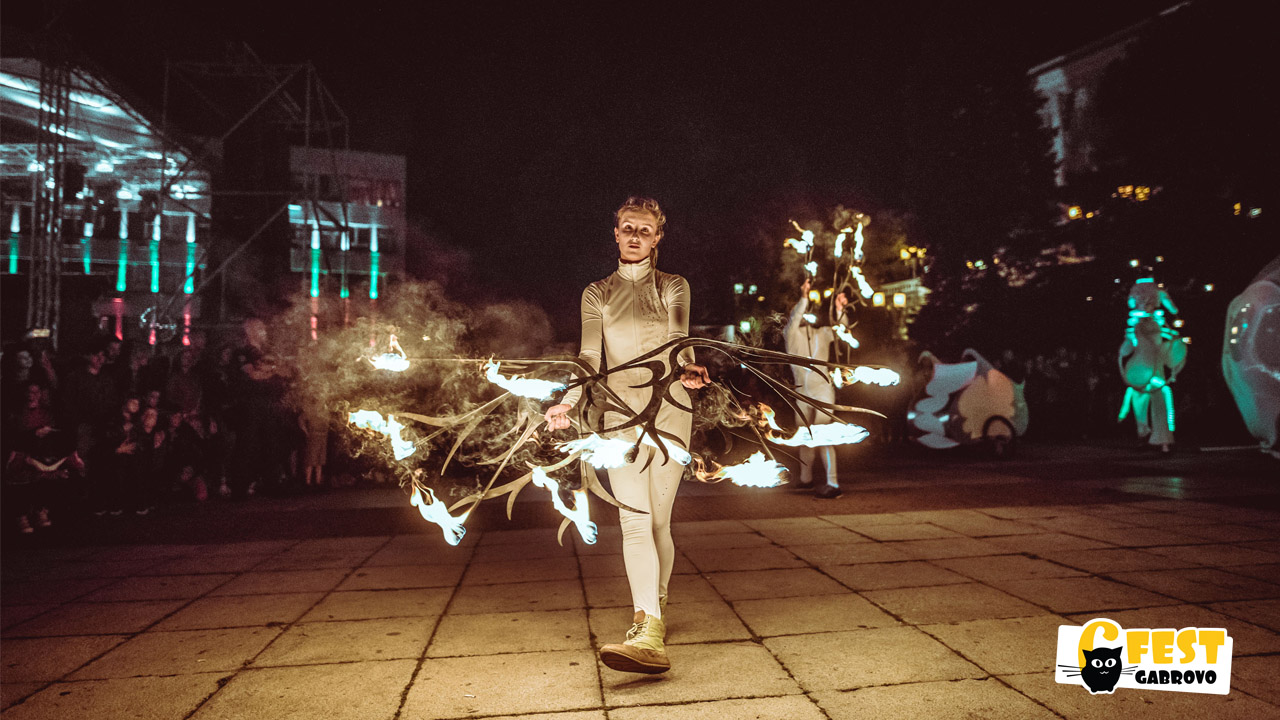 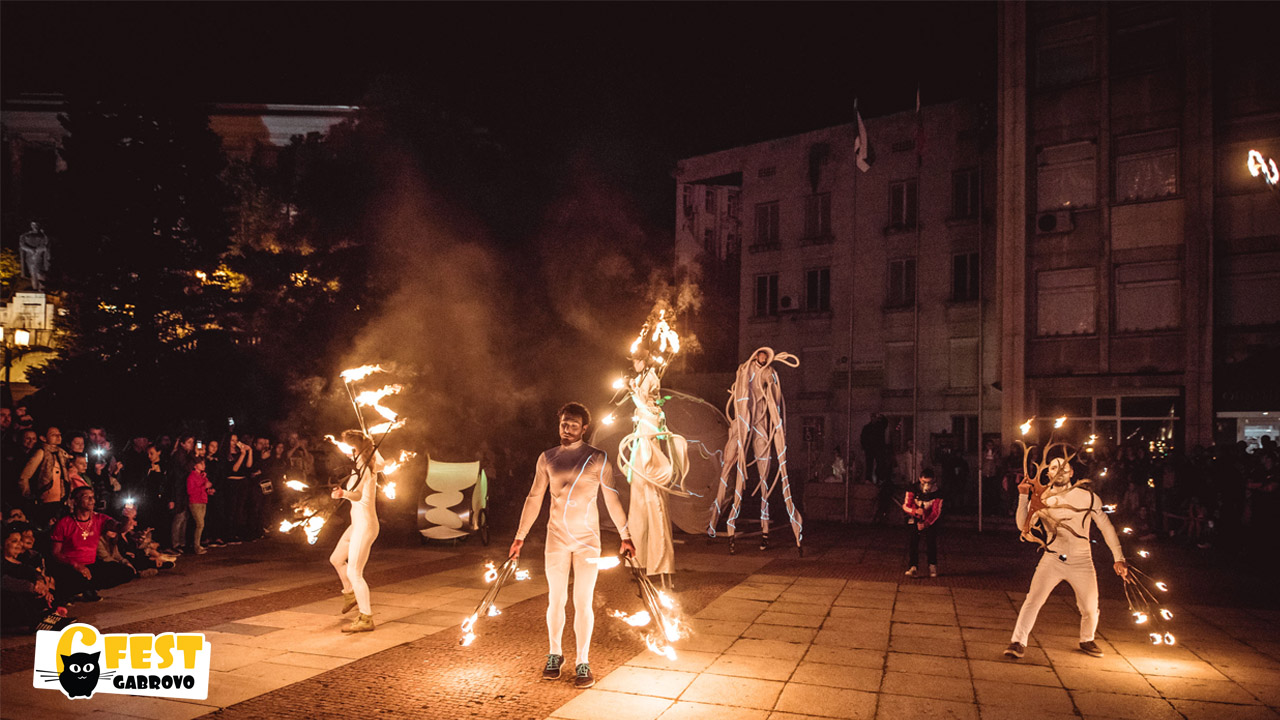 For the first time at a festival in Bulgaria - 6Fest Gabrovo presented a dangerous cascade from a balloon on May 19, 2018. The famous "Quick Hands Project" magician Dani Belev performed the cascade, not accidentally called "The Houdini Challenge". Dani hung in a straitjacket over Aprilov stadium in Gabrovo. The magician freed himself from the straitjacket and passed the "challenge" successfully. In the afternoon hours of May 19th, the Quick Hands Junior team showed street magic in the Park with the Bear. Dani Belev is one of the most famous young magicians in Bulgaria and a co-founder of the organization Quick Hands Project. They are well-known for the festival Golden Cat, the Festival of street magic, “Kings of the magic”. Photographer: Ilian Velchev

Cirque de la LyuLin presented their new performance featuring Luisa Dushkova and Diego Contreras from Venezuela - the circus show happened in the Park with the Bear on May 19, 2018. Cirque de la LyuLin has participated in festivals in more than 11 countries, including the second biggest world carnival, after the one in Rio de Janeiro - Carnival of Santa Cruz de Tenerife on the Canary Islands. They were semi-finalists in the popular TV show “Bulgaria got talent”. On 6Fest 2018 Gabrovo Cirque de la LyuLin will present a circus show starring Diego Contreras from Venezuela – an excellent acrobat performing circus since he was 15 years old. Photographer: Ilian Velchev

Georgi Gudelev from Soulmate Theater Company participates in 6Fest with the puppet show "Cabaret on Strings" - in front of the Orlovetz Sports Hall and in the Park with the Bear on 18th and 19th May 2018. "Cabaret on strings" is a mix of modern and Bulgarian folk dances. The audience met with popular heroes such as Elvis Presley, Charlie Chaplin, Pinocchio, etc. “Soulmade” Theatre company was created in 2015 in Bulgaria by Iliyana Gadeleva and Georgi Gadelev. They have participated in festivals in France, Italy, England, Belgium, Germany, Romania, Croatia, etc. On 6Fest 2018 Gabrovo Soulmade Theatre Company will perform the street marionette dancing show “Cabaret on Strings”. Photographer: Ilian Velchev

The Capital of Humor Gabrovo became the Capital of street arts for the second time due to the second edition of the 6Fest International Festival of Urban Arts and Happiness 2018. The festival gathered together Bulgarian and foreign street artists from Hungary and Venezuela in 3 festivals days happening along with the Gabrovo Carnival.

For the first time at a festival in Bulgaria - 6Fest Gabrovo presented a dangerous cascade from a balloon performed by the famous "Quick Hands Project" magician Dani Belev. Magnetic and fairy - that’s how the audience called the largest event of 6Fest Gabrovo 2018, the light carnival parade performed by Theatre of fire and shadows “Fireter”.

Guests from all the country, even from Germany, arrived for the first edition of the Gabrovo Free Tour, part of 6Fest 2018 program. The participants in the tour learned curious facts about the town - why Gabrovo is called the City of Bridges or the City of 100 Monuments, where was the original building of the first Bulgarian secular school, which is the oldest preserved architectural site in Gabrovo, why the oldest Gabrovo district today is called the "Sixth District" and what are the wonders of Gabrovo.

The project of „Vasil Levski Public Committee – Gabrovo“ is realized with the financial support of Gabrovo Municipality, CULTURE Program 2018. 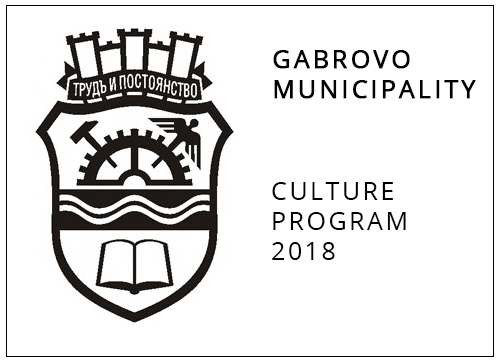 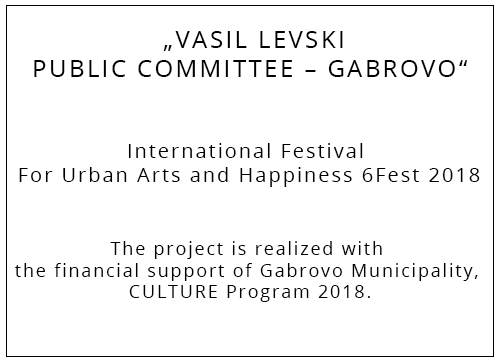 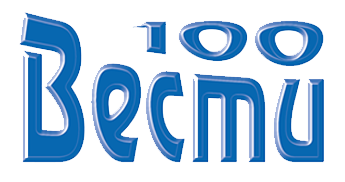 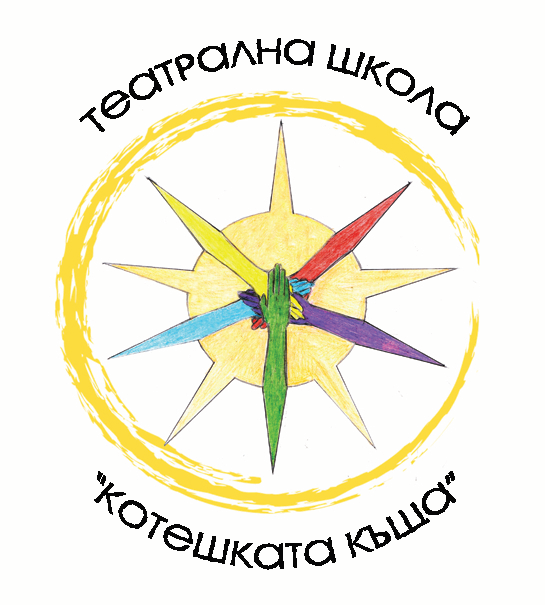